A Dictionary of Christian Art

The Dictionary of Christian Art, now rebranded in the best-selling Oxford Paperback Reference series, is a unique and fascinating exploration of the art and architecture that has been influenced and inspired by biblical stories and Christian history and beliefs. The Dictionary combines general essays on the periods and styles important in the history of Christian art with lots of shorter entries that describe specific works, artists, themes, and visual images, and which give the reader practical guidance on where in Europe to locate the works described. Among the many features of this dictionary are: detailed essays on periods and styles in art and architecture, including Byzantine, Renaissance, Baroque; general background to the Old and New Testaments, and to Christian tradition and beliefs; forms of art influenced by Christianity, such as illuminated manuscripts, stained glass; artists and architects and their works, for example Fra Angelico, Donatello, Pugin, and many others; and places and buildings, including Assisi, Roma, St Paul’s, the Sistine Chapel. There are also descriptions and explanations of features of Christian churches, significant saints, popes, saints, and rulers, and a glossary of Architectural Terms and detailed bibliography. 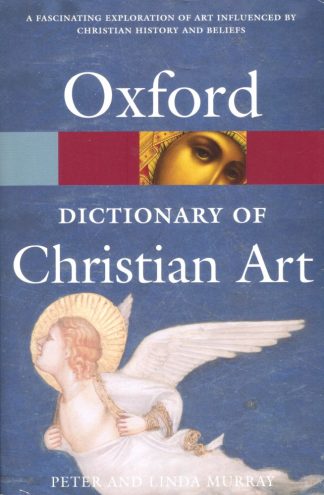 You're viewing: A Dictionary of Christian Art £9.99 incl. tax
Add to cart
We use cookies on our website to give you the most relevant experience by remembering your preferences and repeat visits. By clicking “Accept All”, you consent to the use of all the cookies. You may also visit "Cookie Settings" to provide a controlled consent.
Cookie SettingsAccept All
Manage consent