A History of Christian Missions

“A History of Christian Missions” traces the expansion of Christianity from its origins in the Middle East to Rome, the rest of Europe and the colonial world, and assesses its position as a major religious force worldwide. Many of the world’s religions have not actively sought converts, largely because they have been too regional in character. Buddhism, Islam and Christianity, however, are the three chief exceptions to this, and Christianity in particular has found a home in almost every country in the world. Professor Stephen Neill’s comprehensive and authoritative survey examines centuries of missionary activity, beginning with Christ and working through the Crusades and the colonization of Asia and Africa up to the present day, concluding with a shrewd look ahead to what the future may hold for the Christian Church. 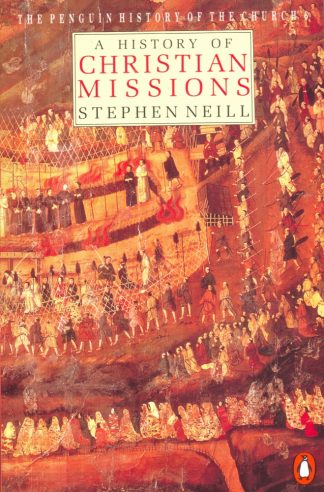 You're viewing: A History of Christian Missions £11.99 incl. tax
Add to cart
We use cookies on our website to give you the most relevant experience by remembering your preferences and repeat visits. By clicking “Accept All”, you consent to the use of all the cookies. You may also visit "Cookie Settings" to provide a controlled consent.
Cookie SettingsAccept All
Manage consent