From Anglican Archdeacon to Council Father at Vatican I

Cardinal Henry Edward Manning (1808-92) was a major figure of the nineteenth- century Church. This book follows his intellectual formation and development from his early years and Anglican ministry, through his conversion to Catholicism to his subsequent role at the First Vatican Council. This is an area of research that has hitherto attracted little attention, a neglect which is surprising given the significant role that Manning played in many of the most important ecclesiastical events of his time. As well as setting Manning’s ideas against their historical background, the events in which he was involved and those which influenced his thought or upon which he exerted his influence, James Pereiro examines the deep personal crisis, both ideological and emotional, that he experienced. His study is based on a thorough research into Manning’s published works and manuscript sources, many of them previously unused. 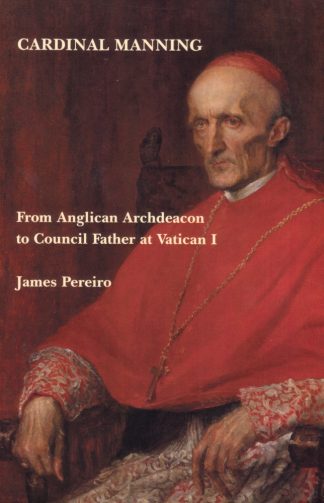 You're viewing: Cardinal Manning £17.99 incl. tax
Add to cart
We use cookies on our website to give you the most relevant experience by remembering your preferences and repeat visits. By clicking “Accept All”, you consent to the use of all the cookies. You may also visit "Cookie Settings" to provide a controlled consent.
Cookie SettingsAccept All
Manage consent