When the French Emperor Napoleon III died in exile on the outskirts of London in 1873, the Bonapartists of France pinned their hopes on his teenage son and heir and declared him ‘Napoleon IV’.

Eager to live up to the glory of his name and to undo the shame of his father’s disastrous defeat at Sedan, young Louis — ‘le Petit Prince’ — saw a military career as the best beginning of his journey to the throne of France. It would prove to be the end.

England reeled from shock when, in June 1879, news broke that the Prince was dead. He had fallen in British uniform in South Africa, the victim of a Zulu ambush. The circumstances were shameful as well as tragic. He was twenty-three years old.

Tens of thousands attended the ceremonies of his funeral at Chislehurst, Queen Victoria among them. An effigy was placed in Windsor, and a mausoleum built at Farnborough in Hampshire which to this day houses his remains and those of his parents. This biography takes a fresh look and adds fascinating detail to the life of Napoleon IV, an unusual young man and truly heroic figure, whose brief life was full of interest and adventure, and who deserves to stand as a role model for all generations. 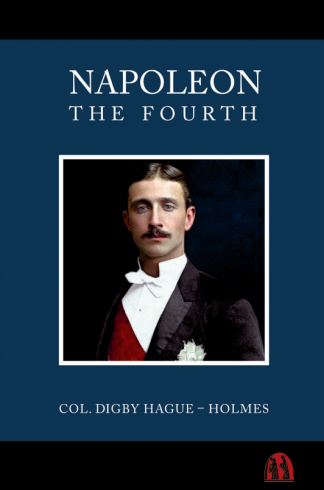 You're viewing: Napoleon the Fourth £17.95 incl. tax
Add to cart
We use cookies on our website to give you the most relevant experience by remembering your preferences and repeat visits. By clicking “Accept All”, you consent to the use of all the cookies. You may also visit "Cookie Settings" to provide a controlled consent.
Cookie SettingsAccept All
Manage consent

If you had an account with the old website, it will not work here — please consider registering again.

If you need to access your information stored on the previous system, you will be able for some time to visit it under old.theabbeyshop.com/index.php