To the diarist Francis Kilvert, his near neighbour Father Ignatius (born Joseph Leycester Lyne in 1837) seemed ‘entirely possessed by the one idea’ of introducing his distinctive version of the monastic life into the mid-Victorian Anglican Church. Rejecting any suggestion that he should temper his grand ambition by meeting comfortably protestant Britain half way, Ignatius endured ridicule, harassment and regular episcopal embargo, but persevered until his dying day with what he believed was his individually God-given mission. Ignatiusâ€™s enduring memorial is ‘New Llanthony Abbey’, an eccentric, now partly ruined Gothic extravaganza at Capel-y-ffin, a remote upland hamlet on the Welsh border. Monks and nuns came and went â€“ some evidently pursuing a genuine religious vocation but failing to find it there; others apparently from less worthy motives. Hugh Allen tells the story of Ignatiusâ€™s community from its origins in early 1860s East Anglia to its migration to Wales in 1870, its history through the following four decades (including the controversial 1880 Apparitions), and its demise after the founderâ€™s death in 1908. He also describes the later history of the former monastery, home in the 1920s to the sculptor and typographer Eric Gill and for many years to the family of his eldest daughter, and brings the story up to date with information about the Father Ignatius Memorial Trust and the continuing appeal of New Llanthony as a place of pilgrimage. 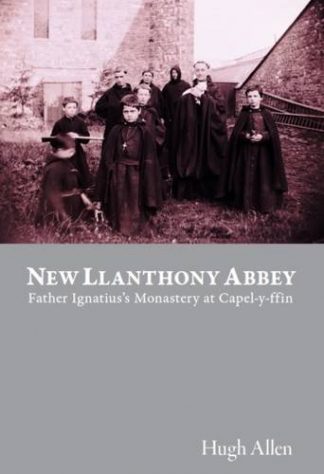 You're viewing: New Llanthony Abbey: Father Ignatius’s Monastery at Capel-y-ffin £18.50 incl. tax
Add to cart
We use cookies on our website to give you the most relevant experience by remembering your preferences and repeat visits. By clicking “Accept All”, you consent to the use of all the cookies. You may also visit "Cookie Settings" to provide a controlled consent.
Cookie SettingsAccept All
Manage consent