The Book of Kells: Its Function and Audience

Created between the seventh and ninth centuries AD, The Book of Kells is one of the great cultural icons of the medieval West. In the past, it has received a great deal of popular and scholarly attention, but only recently has its labyrinth of meaning and references begun to be explored. In “The Book of Kells: Its Function and Audience,” Carol Ann Farr builds on the work of liturgists, palaeographers, historians, and art historians to go beyond basic analysis to place The Book of Kells in the wider context of use and audience.Farr situates The Book of Kells as part of an evangelical tradition that used the physical appearance of the gospels as a tool of conversion. By examining the manuscript in its political, social, historical, and religious contexts, she provides a fresh perspective on this most famous of insular illuminated texts. In particular, Farr offers new and convincing readings of two of the most difficult images, the ‘Temptation’ and so-called ‘Arrest’. 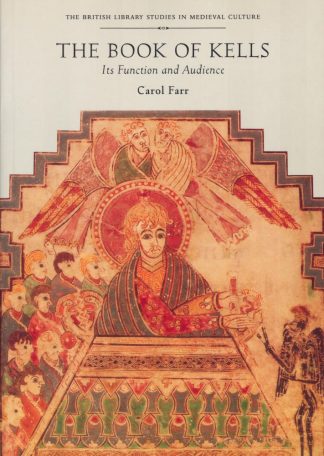 You're viewing: The Book of Kells: Its Function and Audience £19.95 incl. tax
Add to cart
We use cookies on our website to give you the most relevant experience by remembering your preferences and repeat visits. By clicking “Accept All”, you consent to the use of all the cookies. You may also visit "Cookie Settings" to provide a controlled consent.
Cookie SettingsAccept All
Manage consent