The Oxford History of Medieval Europe

This is the most authoritative account of life in Medieval Europe between the fall of the Roman Empire and the coming of the Renaissance.Full coverage is given to all aspects of life in a thousand-year period which saw the creation of western civilization: from the empires and kingdoms of Charlemagne, the Byzantines, and the Hundred Years War, to the ideals of the crusades, the building of great cathedrals and the social catastrophe of the Black Death; the cultural worlds of chivalric knights, popular festivals, and new art forms. The chapters show the movement of the centre of gravity in European life from the Mediterranean to the north; and the authors explore the contrast between Byzantine and Renaissance cultures in the south and the new, complex political and social structures of north-west Europe, which by 1300 had the most advanced civilization the world had ever seen. 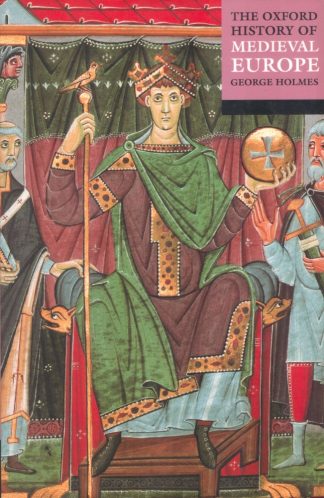 You're viewing: The Oxford History of Medieval Europe £9.99 incl. tax
Add to cart
We use cookies on our website to give you the most relevant experience by remembering your preferences and repeat visits. By clicking “Accept All”, you consent to the use of all the cookies. You may also visit "Cookie Settings" to provide a controlled consent.
Cookie SettingsAccept All
Manage consent