Thomas More: A Portrait of Courage

One of historyâ€™s most admired figures and one of the great lawyers and statesmen of all time, Thomas More was voted â€œLawyer of the Millenniumâ€ by the Law Society of Great Britain and named â€œPatron of Statesmenâ€ by John Paul II. More combined immense humanistic learning with an unequaled command of the legal and political traditions of Christendom, forging a profound philosophy of statesmanship and freedom. To this philosophic and cultural achievement, More added the virtues of an exemplary husband, father, and friend and the detachment and interior peace of a saint. He thus emerged from the first great crisis of modern tyrannyâ€”a crisis that would claim his lifeâ€”as the model of a truly free man, whose conscience and character no despot can subvert. More was canonized in 1935, as Hitler was rising to power and the world needed an example of courage and skill in the face of the greatest of dangers.

This biography reveals how More prepared himself for the challenges of his life, and how he rose to the demands placed upon him in what became one of historyâ€™s most revolutionary periods. 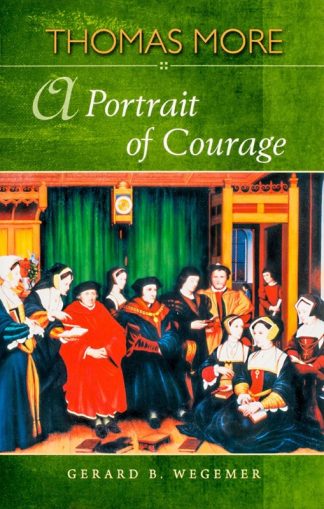 You're viewing: Thomas More: A Portrait of Courage £21.00 incl. tax
Add to cart
We use cookies on our website to give you the most relevant experience by remembering your preferences and repeat visits. By clicking “Accept All”, you consent to the use of all the cookies. You may also visit "Cookie Settings" to provide a controlled consent.
Cookie SettingsAccept All
Manage consent